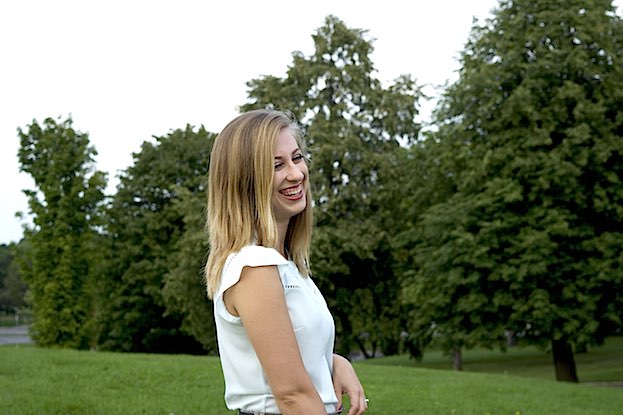 Here in Canada, Bell hosts a “Let’s Talk” Mental Health Awareness day every year where people are encouraged to share their stories, be open with their struggles, and all around engage in community. I think it’s a great initiative, and a wonderful idea.

But I want to post something a bit more controversial for Bell’s “let’s talk” day today.

And it’s going to come from the heart, so not too much editing here. Apologies in advance.

As probably 80% of you know, I’ve always been very high-strung and anxious. I’m pretty sure I would qualify for a diagnosis of generalized anxiety disorder. Right now I’m lucky to have it be relatively manageable and it doesn’t bother me as much on a daily basis.

It wasn’t always like that, though. In my third year of university, I was having up to 5 panic attacks a week for three months straight (October, November, December) and then it dipped down to about 2 or 3 a week for the second semester. This continued throughout my fourth year of university. On top of all of that, of course, there was my ever-present anxiety.

Due to extreme anxiety and panic attacks that left me physically and mentally exhausted, I started to re-experience depression, something I had thought I was finally over after battling it for a long time. Honestly, the disappointment in the fact that I was experiencing depression again is ironically one of the things that I think made it worse.

On top of it all, I was dealing with planning a wedding and then being a newlywed, all of which is relatively stressful in and of itself but is made 10x worse when you feel like everything you’re doing is making everyone hurt and angry and when you’re acting like your own worst enemy because you feel like you simply can’t control anything. Your thoughts, your actions, your surroundings–it’s all out of your control. And that was very scary for me. (Having Connor definitely helped a ton–he is my biggest support, and when I say planning a wedding and being married I don’t me that he was stressful–just adjusting to the new role was.)

I’m saying all this just to say, look, I get it. I completely get it. But there is something that really bothers me about a lot of mental health awareness. I think that there’s a message that is missing. And it’s this:

Your mental illness is not an excuse.

I’m not saying push harder and push past it, and I’m definitely not saying that it isn’t to be paid attention to. I’m simply saying we need to stop allowing ourselves to be defined by whatever we suffer with. One of my biggest regrets was that I limited myself based on what I thought someone with anxiety or depression or panic disorder could/would do–I gave it so much power by allowing it to start to define me. I became “a girl with anxiety” instead of someone who was experiencing anxiety. There is such a huge mindset shift in that one word.

When we use mental illness as an excuse, we’re allowing it to have even more control over us than it did before. It changes our idea of who we are fundamentally, and our illness becomes the first thing we think about when we consider our abilities or flaws.

Because here’s the thing: I see so many people using depression, anxiety, or the like as an excuse for why they can’t do something. But they don’t do anything to fix the problem. Mental illness such as depression or anxiety show that there’s something wrong–you’ve gotten into a negative spiral, and you aren’t able to get out on your own (oversimplified, obviously, but the point remains). They point to a problem that lies deeper–a problem that your brain, body, and psyche are all screaming out together for you to fix. But what I see over and over again is that people become comfortable in these places of suffering–and I’ve done it, too! That’s one of the reasons it makes me so frustrated!

I just want to urge people to stop letting what you struggle with define you. It is one thing to opt out of engaging in certain events or to avoid pushing yourself too hard while you’re receiving treatment, or because it’s necessary to bolster mental health. I’m all for that! That’s simply being responsible. But please, stop seeing mental health problems as a valid reason for you to limit yourself. Because maybe you can’t do it now, but that doesn’t mean that it needs to be your future. It doesn’t mean that it needs to be your identity. Your future and your identity are founded in the One who cannot be shaken. And no anxiety, depression, or anything else can hold a candle to His power.

So instead, let’s take time to look for the deeper issues at play to start to actually fix the problem–not just buff over the symptoms. Because you are more than your struggle.

I am not a mental health professional, so I’m just speaking from the heart here. :) If you struggle with mental illness, get treatment from a professional. That’s what I’m saying in this post.

« 5 Ways to Make Your Work Environment Stress-Free
Do we expect too little of the Christian music industry? »